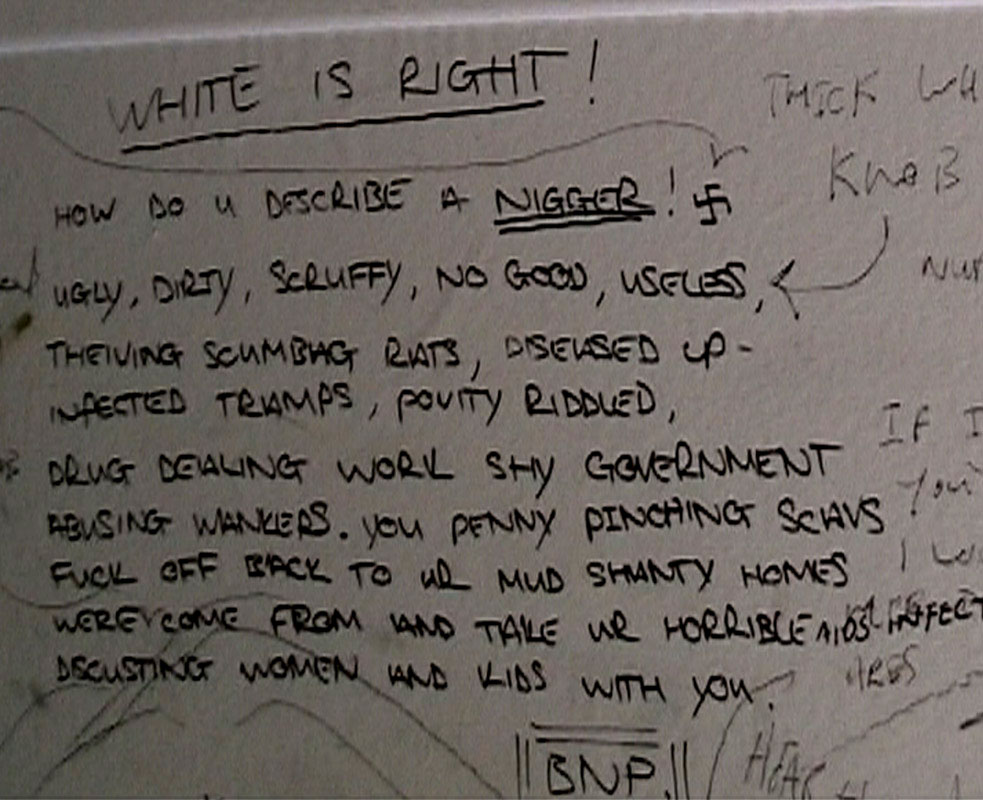 Black lives matter, racism at work is particularly terrible as many won’t speak up for fear of losing their jobs. This racist attitude is not only aimed at the black community but at many ethnic minorities. Anybody who is racially abused deserves to be protected or at least have a voice to speak out about this injustice. This has recently come into the headlines, with the terrible events in the USA and the black lives matter protests that are taking place all around the world.

I started my career as a dental technician but my heart was never really in it. I had studied photography in London and around 2004, I quit my job to fulfil my dream of becoming a photographer and video producer. My best friend and I started a small production company and had high hopes of making it. Work was not easy to come by. To supplement our income ,we joined an employment agency in Earl’s Court: “Extraman” which specialised in temporary work in the construction industry.

The idea was to earn day to day money working as a freelance labourer on construction sites. When media work did turn up, we would obviously switch over to that.

It was at this point I realised that racism was rife in the construction industry. I have worked on building sites from Knightsbridge (right by the tube station), the new skyscraper attached to The RBS at Liverpool Street, the Arsenal Stadium, and the Millennium Dome in Greenwich. The air was oppressive, toxic – you could tangibly feel the hatred. The BAME community: blacks, muslims and Eastern Europeans were the main target.

The canteens, the lifts and the bathrooms were covered with explicit racist graffiti. Quite often this graffiti was in really visible public spaces, management passed by regularly, but did nothing about it. Another group that was targeted were females. I remember once at Liverpool Street, I had to escort a young female architect around the building site. My foreman explicitly told me “don’t leave her fu—ng side!”. Wow the looks she got, the catcalls and comments, were enough for lesser people to quit their jobs!

A video I posted on youtube to highlight racism at work and to support the black lives matter cause.

My friend and I decided to document the abuse. It was before compact smartphones were available. So I used a pocket microphone and a small compact camera hidden in my work clothes. We stet about recording racist conversations and taking undercover photos of the racist graffiti that was all over the building sites. We had also started talking to minority groups, the new buzzword for this group is Bame communities. We asked them about their experiences and told them of our project.

There were three people from this groups that stood out in my memory: Nic, a black British electrician, Faysil a Muslim electrical mate and Andy, a half Jamaican, half British electrician. All of them suffered terrible abuse on a daily basis. I had first hand experience of the abuse Andy suffered: One payday he just did not get paid. When the foreman was asked why. He was told “fuck him, he is black!’. A group of people refused to work till Andy got paid.

We eventually got them to recount some of their experiences on camera. It took a bit of coaxing as they were terrified of losing their jobs and their income. The video is intentionally blurred, and all the voices including mine have been disguised. At that time we all feared the repercussions so we hid our identities. We also interviewed other British Muslims as well as Eastern European workers. I would like to reiterate that none of them were illegal immigrants. All had British or European passports, or valid work permits. None of them were stealing from social welfare neither. 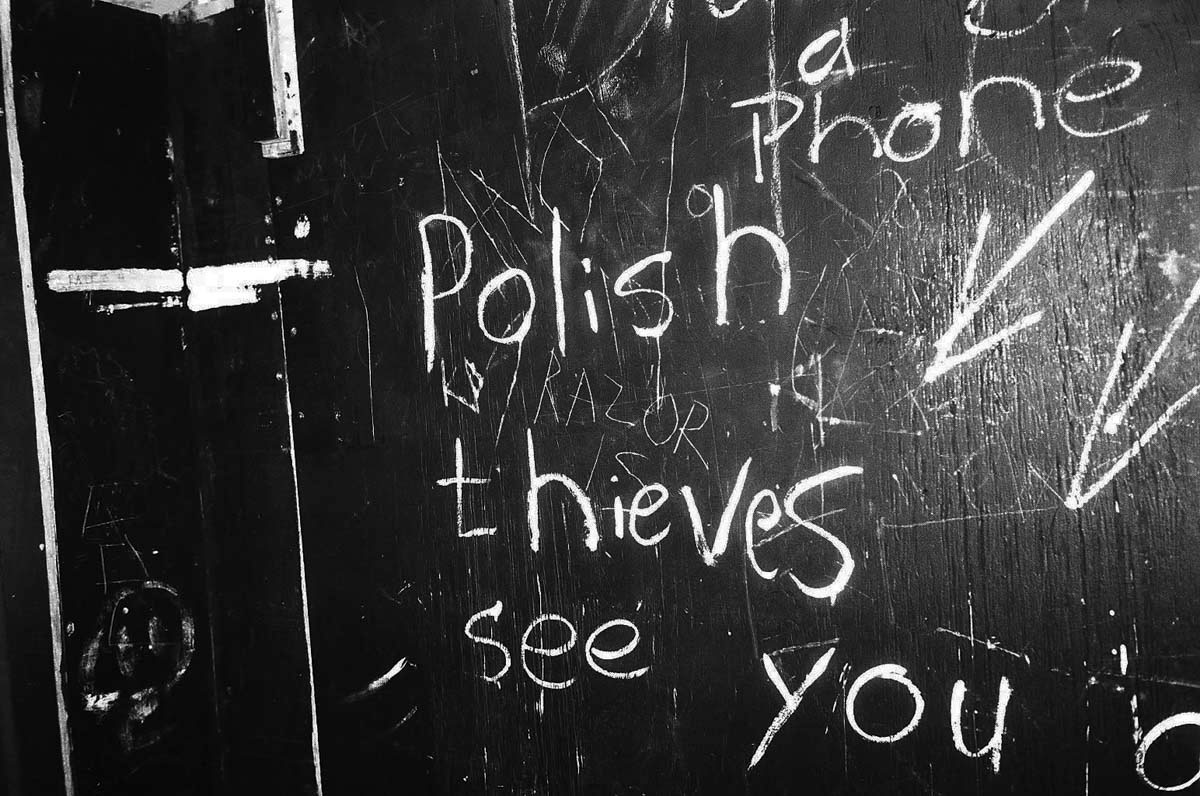 We completed the video and created a 10 minute promo. The idea was to pitch it to TV Channels. The idea was to get funding and support to produce an undercover documentary highlighting the dire working conditions for the BAME community. All the main channels were contacted, but none were interested. Celebrity Big Brother and I am a Celeb on a boring Island was being fed to the hungry public and there was no place for anything else.

The video was shown to a couple of liberal minded friends that we know, and the reaction was the same: one of complete disbelief. Everybody at that time was happily celebrating ethnic diversity and concluded  “better leave alone, out of sight out of mind”. It seemed that most people we spoke to did not want to know that this appalling racist abuse existed.

I need to point out that this racist attitude comes from a minority of people, most are completely against this. It is such a pity that this small group of bigots can make so many people suffer.

Fast forward to the present day and the bigot has been let out of the bag. No big surprise really! The rhetoric of leading politicians since 2016 has become blatantly jingoistic. Especially during the Brexit referendum. It did not take long for the USA to catch on to the idea of tapping into racist rhetoric, blaming immigrants and foreigners for all the social and economic problems that exist. Let us not forget that it was greedy white collar bankers and investors that caused the 2008 economic crash. For me it was no surprise that there was a huge black lives matter protest after the killings by the police that have taken place in the USA.

I went to Poland in 2002. I went to Krakow to see Auschwitz and Birkenau to witness first hand how low humanity can actually sink. I will never forget my visit. It has been branded into my memory. I hope that the recent black lives matter protest has helped stop this racist attitude. All lives matter! We are in 2020, we should be long past being racist, sexist, homophobic and hell bent on starting world war 3. I hope! 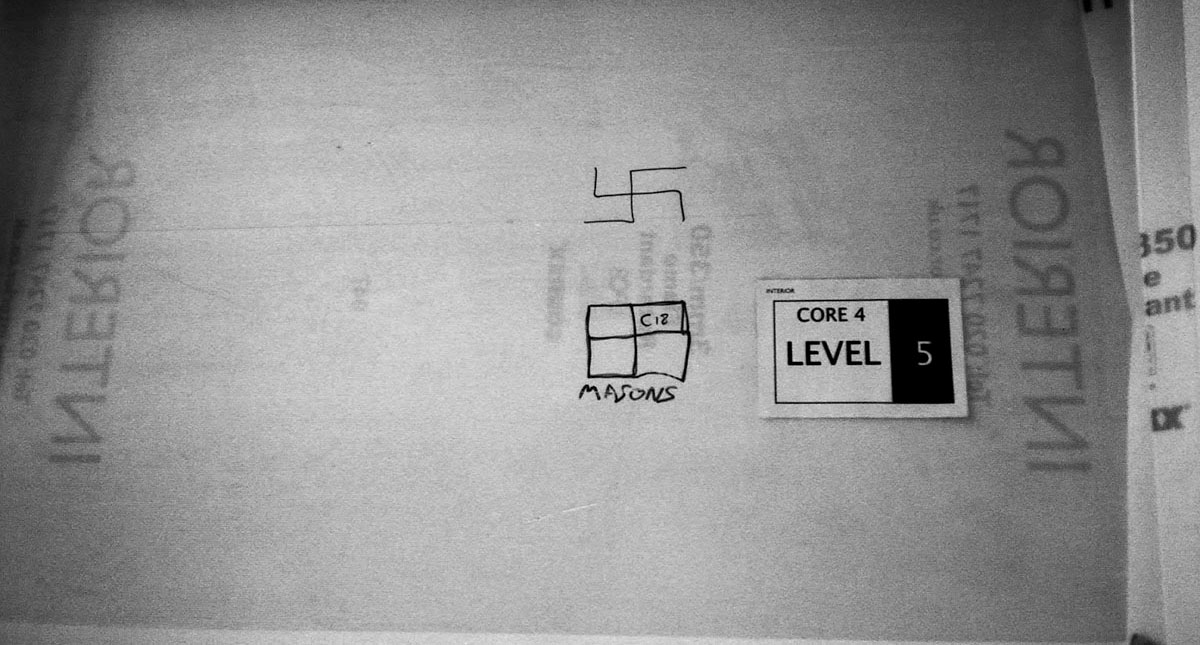 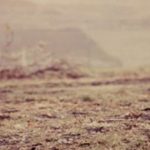 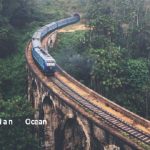