Producing a nature documentary for free. I find when working in the media industry, as a photographer, video producer, one always has down time. Here and there a few free days where you can only relax and have so many coffee’s before you start crawling up the walls! What I do is try and get involved with a worthwhile cause. For me living on the Med in Spain, obviously this is going to influence whet I get involved in.

I have quite a few water sport enthusiasts as friends and we met one afternoon to talk about how nobody seemed to care about a local marine reserve.

I teamed up with a group of environmentalists working on trying to protect the sea life from abuse by tourists and fishermen alike. This is the finished project, producing an environmental documentary with no budget, my trusty Gopro (with a steady cam for the takes out of the water), a Panasonic Lumix FZ 1000  handheld and a zoom microphone. The end result was a bit shaky, but we all had fun and best of all it was really well received at the 2017 Formenterra Posidonia festival. It has also been submitted to the 2020 Green Screen Festival in Germany.

This little documentary produced on a shoestring has been really well received. We had our own little premiere locally and were really pleasantly surprised with the turnout and support.

To those watersports and beach enthusiasts who use our oceans and seas every day, but have forgotten to help keep them clean and healthy. Booming tourism takes its toll yet again on Mother Nature. A tale untold. The truths revealed. An educative closer look to the real situation facing the coastal seas of Altea, Calpe, Moraira, Denia, Albir and Alfaz del Pi along the Costa Blanca, Spain. The the Mediterranean Sea is dying. The underwater fields of Posidonia are disappearing causing a detrimental effect on our daily lives and will only get worse. Is there anybody out there that cares? Understands? The clock is ticking. Presented by Christian Ras Ekander and filmed and edited by Christian Ganser.

The great news is that because of our nature documentary and the efforts of everybody campaigning there is now a permanent patrol in the marine reserve, they have really clamped down on antisocial behaviour! We believe that producing an environmental documentary about this subject helped in a small way with achieving these results. This is just one aspect of my video production services, read more here. 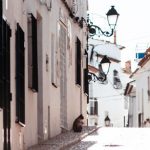 Mediterranean Magic: Tie the Knot In Altea on the Costa Blanca, Spain 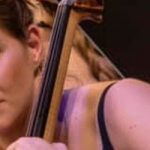