My documentary: “Shark Central” is a shark documentary, which I wrote, directed and produced without any funding or support. The documentary is about the sudden surge in Great White Shark attacks in False Bay, South Africa that started around 2003.
The documentary focuses on the Great White Shark, the local community and the impact these attacks have had on their livelihood (the ocean), and more importantly the consequences to this already threatened species. As you know: the Great White Shark is under threat of extinction through hunting, depletion of its food stocks and as a consequence of the rise in attacks, the unnecessary hunting and culling (which is taking place at this moment in Australia) of this magnificent species.

I have completed the great white shark video documentary, with the help of various professionals who volunteered their services; such as sound design, sound engineering, script supervision, film editing, a voice artist, and numerous interviews with shark attack victims, marine biologists to mention but a few.
I feel it is a very important documentary, because at the moment: Planet Earth is under extreme pressure, there is talk of mass extinctions due to us humans, and Shark Central highlights what can be achieved when there is a desire to protect and conserve. A small victory for the marine ecosystem has been achieved, and can be used as an example to save more species and habitats all over the world.

Since 1992, the Great White Shark has been a protected species in South African waters. This policy forced many former shark hunters to re-invent themselves as cage diving operators and began the shark diving business, as we know it today. Since then, this multi-million dollar industry has transformed many small towns along the coastline into tourist havens and shark hot spots.
Sharks began to change their behaviour, and in 2004 there were at least four serious attacks, one of the most horrific attacks took place very near a popular beach. A Great White estimated to be 18 feet in length attacked and killed a seventy seven year old woman swimming in the bay. “All that was left was her red bathing cap!” said one eyewitness.
The rescue helicopter later spotted the shark; the terrified crew claimed the beast was larger than their craft. In another serious incident, Craig Bovim, was attacked by a Great White shark whilst scuba diving. He was seriously injured; almost losing both of his hands to the shark, and was very lucky to escape with his life.
The following year – 2005, there were 5 attacks – two fatal and three serious. In one attack, JP Andrew, a sixteen-year-old surfer had his leg completely bitten off. His heart stopped for thirty minutes. It was nothing short of a miracle that he survived this attack.
There have been quite a few more serious attacks, and the local community is in crisis, many now refuse to enter the water at all. People have started asking questions: What has caused this huge increase in Great White shark attacks and unusual activity, what is causing their behaviour to change. Many possible causes were suggested, from global warming, more Great White sharks in the bay due to them now being a protected species, but the one possible cause which was getting most of the press and attention was Great White Shark Cage Diving.

SHARK CENTRAL is the story of the people of False Bay and how they have reacted to the increased threat of being attacked.
Through interviews with the victims, friends, families and the emergency services, they recount the horrific events that have changed and destroyed many lives. We look at the great white shark, following these attacks and negative press, is the future of this magnificent beast in jeopardy? In history whenever mankind and animals have clashed, animals have always come off the loser.
We look at the measures that are being put into place to try and stem these attacks. We interview many experts in the field, as they investigate and try to understand what is causing the great white to abruptly change its behaviour so drastically.
Local and international press, as well as many conservationists have been very quick to blame the shark cage diving companies and their “chumming and baiting” of the sharks as the cause for the increase in attacks. We ask expert opinion if there is any proof of this.
There is no doubt that shark cage diving creates a massive revenue stream. Many small towns on the Western Cape coast have been rejuvenated by this industry. A multitude of jobs have been created for the local communities, both directly and indirectly. Is this a reason for the reluctance on behalf of the government and the relevant authorities to ban the activity, and what would the economic impact be if the activity were banned?
It is a highly contentious subject, one certainly worth investigating. Is there a solution, one in which we can still view this fearsome predator, the last truly “wild predator”, and keep the tourists and locals safe from the fear of attack? Music by Josep Vicent.

My shark documentary; Shark Central was premiered in the Green Screen Environmental Festival in September 2019.

Feel free to get hold of me to discuss your documentary concept. Remember all budgets considered 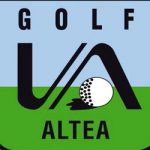