Saving lost or deleted files on a hard drive

Saving lost or deleted files on a hard drive

Saving lost or deleted files on a hard drive. I will talk about how to recover lost files and how to restore accidentally deleted files from a memory card using Disk Drill.

As a photographer and video producer I have numerous hard drives with ongoing projects. At some point a hard drive or memory card will become corrupted or fail. It might have even been accidentally deleted or formatted. This happened to me recently. I had three video production projects, all nearly completed. I also had a photographs to edit and send from a shoot on the Costa Blanca.

I was transferring the video projects and photo files from one had drive to another, when my hard drive failed and all my video edits and photography projects were gone. I was looking at three expensive and time consuming reshoots of all the video projects. I was also not looking forward to contacting my clients to let them know that I had managed to lose their precious video and photography material.

I used Disk Drill, one of the best tools to rescue lost files. Using this data recovery software, I managed to successfully recover all lost videos and photos. The biggest relief for me was I able to export and hand over a completed video production for Marnes, a wellness clinic on the Costa Blanca. You can see the completed video below.

Saving lost or deleted files like the Marnes video project was a whole lot cheaper than what I paid for Disk Drill, it was money well spent. 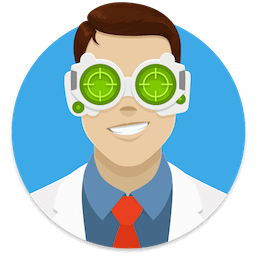 I must point out that I am not sponsored by them, and I am not paid for posting this article. I was just so pleased to have saved myself more than two weeks of unpaid work, that I felt like sharing this really great app for saving lost or deleted files. If you are interested in learning more about how to use this tool to recover lost files, head over to Disk Drill’s Youtube channel. They have really comprehensive video tutorials on recovering deleted photos and even repairing SD cards.

I first used Disk Drill when my SD card failed after a photo shoot in Alicante. I got home and plugged my memory card into my computer and there was nothing. The photos were from a corporate photography session. It was impossible to re shoot as the client had left the Costa Blanca. After purchasing and downloading Disk Drill, it did not take me much time to have the photos recovered. I even managed to repair the SD card. I am pleased to say that one of the photos I managed to recover was published in EL Mundo!

If you enjoyed this post, head over to my blog as I will regularly be adding new posts about my experiences as a photographer on the Costa Blanca as well as my video productions. 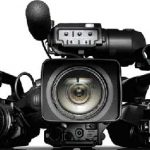 How to use video to promote your business